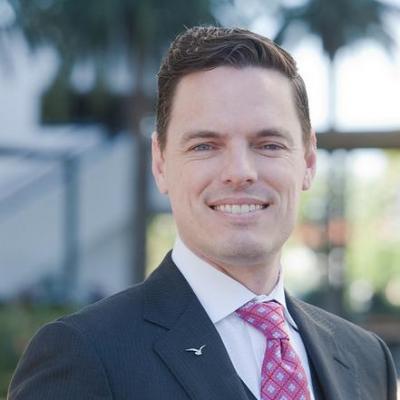 While my views have increased, I've received NO contacts for 2018.

Thankfully, I don't depend on Thumbtack for business or I'd be out of business. I have my marketing budget maxed. I've answered all the questions, but the one problem is being contacted.

Here is my suggestion. If a visitor has been on my page for a little while, they are likely reading the answers to my questions and interested in chatting. Have a pop-up button that says, "May we let <fill in providers name here> know you popped by?" If they click, "yes," then I can follow up with a message through Thumbtack. Finally, limit the number of pro's they can say hi to in a certain profession. You don't want them getting 15 messages (which I know happens). Five is probably too many, much less 15. 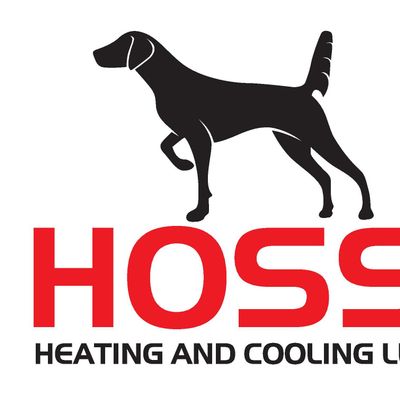 I think ranking is allready there, the customers look for us online or do they go thumbtack and the ranking is from there?

The ranking seems fairly straightforward. There are some that I don't comprehend because people with lesser stats seem to get in front of thers with better stats, but apparantly it must be the response times or something, that doesn't show on the basic stats.

Now that the chaos of the massive error of launching a new system bit-by-bit is over, and the new system is up and running, it seems like it's pretty good. I've got 2 categories that can use Promote. I'm testing it on my secondary specialty and still am using the manual system on my primary specialty.

I definitely do see that I'm paying for people who contact me and disapper, from Promote. About a half dozen reached out and two of them booked a session. The first one booked for the next day. I rushed to get a contract and invoice out to her, both of which she failed to return. She didn't respond to me for several days. She then apologized and said that she got tied up and didn't have the time, but asked if she could reschule to the following week. I agreed and sent the updated paperwork. Never heard back from her again - 2nd session date has come and gone. Finally, I got another who booked. Ahh, yes! I was so glad that now I'd finally recoup my investment and what I'd paid for the dead leads was still within my normal range of Cost of Aquisition. Of course one must expect that there will be some duds. The only thing that counts is the cost of how much you have to pay until you get hired once. I'm ok with paying for 3 duds to get the payout on the 4th. So, I did the same time waste to get him scheduled, wrote up the contract and invoice. 2 days later I get an email that he decided to instead have his headshots done by his brother's friend. Bummer... because that was a waste of fees again! But, BINGO! A woman in an office needs 4 headshots! Yay! I bid it and she contacts me! We have several emails back and forth. I collect the info for the contract. She then tells me that they also want about 10 office shots - interior and exterior. Well, I can't add them in at the same price as the headshots because each additional headshot is plug-n-play; the next person sits and my gear is all set up. 2-3 minutes to relax them and a get a nice, natural expression and I'm done! But, now she wants all different shots around the office. This means moving my gear 10 times and resetting exposures... etc. Each new setup means way more time! So those pix would be double the price of the headshots. WOMP... WOMP... WOMP!!! She's done... deciced to go with someone cheaper! I was charging my lowest dirt-cheap-thumbtack-compete-with-30-other-bids pricing! So, some clueless amateur who probably doesn't pay taxes and has no overhead becasue their night a licensed, legit, insured, tax-paying business, now gets the job and I'm 5:5 on bid:$wasted.

So, promote was seeming to be the way I was leaning at the start of the week, and now everything I've paid for via promote has been a bust. 0 hires after a half-dozen bids. But the ones that ghost you are actually better! With them, you just don't hear from them so you only waste your money, not your time. With these 3 others, they all wasted my money and my TIME! Between the 3 of them there were hours of emails, calls, contract writing, invoice writing, etc. So I started the week with the decision to implement Promote across the board, and now have come to find that it's a huge loser! I'm sooo disappointed because the math is clear to see. 50% were a waste of money when I paid and they ghosted me, and the other 50% were a waste of money AND TIME because I spent all that time and effort and they backed out!

Now, don't go blaming it on me for failing to close the deal or doing something wrong once closed. I did everything the way I always do it. In any given year I will have about a 5% rate of the job not happening after we've agreed on everything. Sometimes the contract never comes back. Sometimes they sign the contract and send it back but never pay the invoice. Sometimes they sign, pay, schedule and have to reschedule but never get around to it. But as far as Promote clients go, it's a 50% failure to contract rate!!! That's TEN TIMES THE FAILURE RATE!!! Something is very screwy with that! I get 6 requests. 3 ghost. 3 want contracts and back out. ??? Very strange!

I will give Promote a few more weeks to prove iteself, but so far, it's a bust. I will allow the fees to build up only to the point of where they equal the amount that could be recouped in one session booked and completed. My normal cost of acquisiton is $40. I paid more than that already and still have zero bookings to show for it. So, already it is definitely costing more than not using Promote. 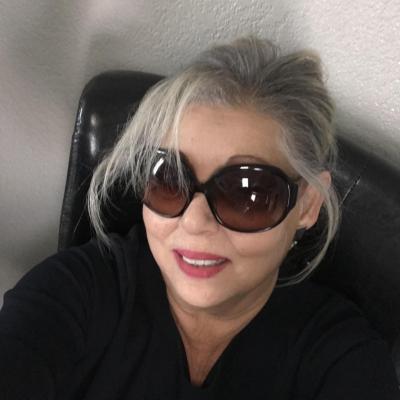 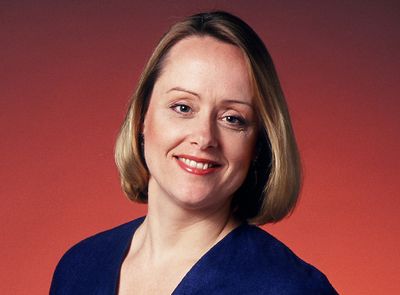 Burgstahler
Community Regular
Best Answer
Are rankings based on hires or reviews or something else?
0 Likes
Share
Highlighted
Best Answer 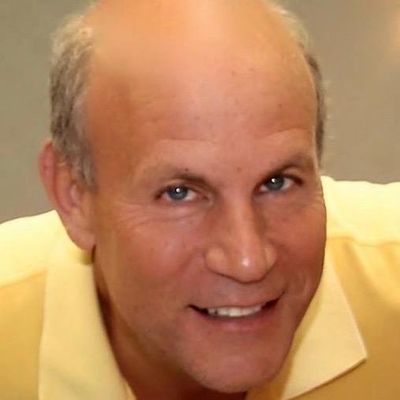 OK so I know that you are specifically looking for questions regarding how we rank in search results and not necessarily feedback which most of the responses I've seen address.  I've got plenty of feedback myself but know that it will not be addressed here.  So I'll limit myself to rankings.

In theory this should be an effective way for customers to find us.  But it is completely passive which concerns me greatly.  Yes there are some controls which can be used to better refine how the customer finds us and hopefully provides a better match to his/her needs.

But my key question is why can't you incorporate more controls and refinements when we set up our profile?  Specifically I would like to see something which allows us to adjust pricing upfront depending on the location.  The price I charge for a job 30 minutes away should not necessarily be the same as a job 2 hrs away.  I've been told that the price you charge us is dependent on many things including location so why can't that be a feature from our end as well?

I would assume that I rank higher based on how well I fit with various parameters the customer might provide including location, price, type of job, music preferences, etc.  I find that many areas closer to my home location are very competitve.  So I am charged more for the lead and I don't tend to win those jobs as pricing is more cutthroat.  I often have more success in areas further away where there may not be as many pros available.  Please clarify.

And are you planning to issue any kind of performance reports which might show how I ranked in a given week and for what kind of jobs?  It's important to me to see if I am ranking well for the kinds of jobs I want.  And if not I need to understand what I have to change in my profile or settings to improve this.

Thank you for your attention. 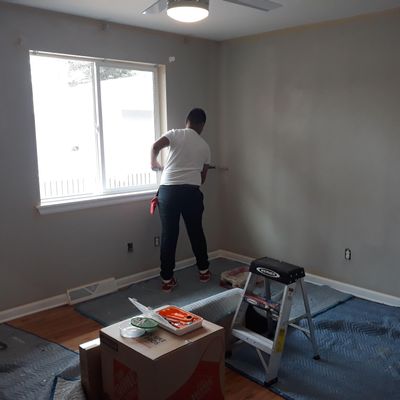 Javier1
Community Newcomer
Best Answer
Hi my name is javier loera so i have questions . The last sunday i go make one estimate and the lady not respond door finally she open the door i make estimates 10 accent walls 2 different colors my 12 ft tall my price $500 but I'm nice i talk lady i make for $450 she no answer my massage so . I don't not i think lost money how you can to help o recommend i do my profile .
Javier de loera and alberto
Business name Alan's painting denver j
Javierloera719@gmail.com
0 Likes
Share
Highlighted
Best Answer 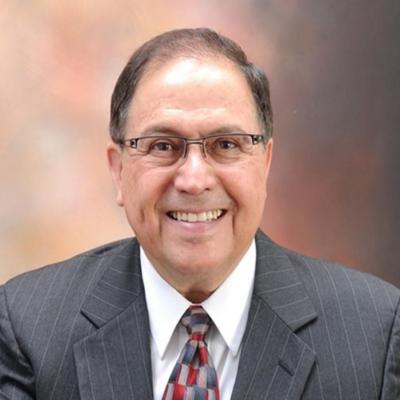 Hard to see how new comers can improve their profiles since there may only be few references / rankings. The system seems to favor older, established pros.

But, don't know of any fair way to change this system. Do you??? 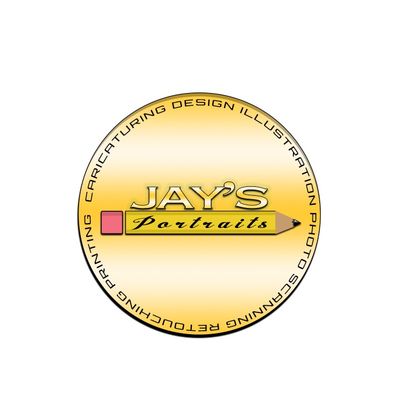 While I do not have a particular question, I would just like to share that while my views appear promising, I feel as though this new system has made it thumbtack more customer friendly but is slighting us pros. Maybe I am just used to the old way of quoting straight to the requests...but I have also noticed that less requests are submitted (generally speaking). Not sure which direction thumbtack is heading but I am open to any suggestions or tips how to get more engagement with customers effectively. 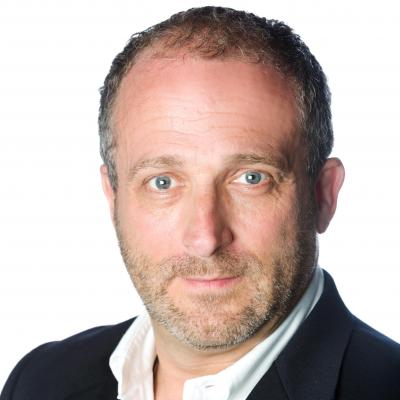 Do all Pros start in negative rating and you have to dig yourself out?  I've had a terrible rating since the first week.  Makes no sense since I am retentively checking in with TT.  Please explain.  Thank you!

Resource of the week: set your weekly spend limit ...
1 0