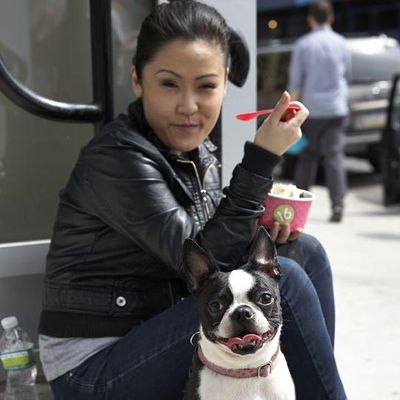 Greetings!  My name is Esther and I'm a graphic designer here on TT.

I had a customer reach out to me in June. We had our initial intros, but then she disappeared.  She reached out to me again a couple of weeks ago (July 21st) in the same message thread, but before I could respond, she sent me an entirely new direct lead request from a different location within minutes of each other.  I knew it was the same customer because the name is extremely uncommon.

I declined the new lead and disputed the charge for being a DUPLICATE request.  I was denied the refund; TT stating the customer was a new customer.  I disputed the charge again asking to check the names in my inbox because they match, but they still denied the refund.  -- I then decided to message the customer through the DENIED lead, and told her my predicament.  She was very cooperative; she said she wanted to help in anyway she can, and how sorry she was for the inconvenience.  I asked her to try calling TT's customer service.  I called a handful of times and no one picked up.  Same with the customer.  I understand that these are difficult times, but other businesses have customer service answer calls from their homes.

I disputed the charge for the third time thinking they will finally agree to giving me a refund, since now I have the customer admitting in the message that the lead was in fact a duplicate.  I was still denied.  Answer was the same - "...this is the first time the customer contacted you for this job." --- What else can I do?  The leads have been getting more and more expensive and the support is so low it's almost feeling non-existent.

I'm sorry to hear about your experience with our support team @KangeBrands. As we work to keep our employees safe and follow governmental guidelines, we have limited staffing in our call centers. However, we are doing all that we can to ensure pro and customer needs are being taken care of.