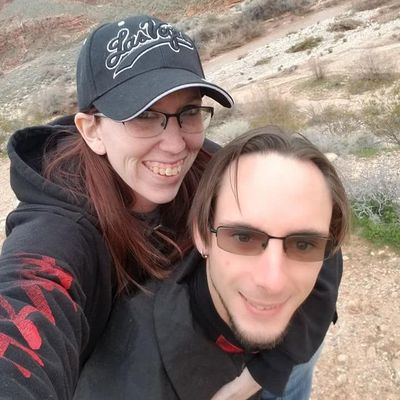 So, I am fairly new here, and have been running into a few annoyances, and it is mainly the potential clients that are kind of crappy, for lack of a better word.

The first thing is being charged for someone trying to contact you and they are kind of out of their minds. I was charged $8 for someone contacting me about appliance repair. They wanted their PS4 repaired. First off, I don't repair electronics like that and second, a PS4 is not an appliance. Another went back and forth with me for 2 days and still wouldn't commit to hire because I couldnt diagnose the problem with their washer without going to see the appliance! I can not tell you how much a part is going to be if I haven't SEEN the appliance to troubleshoot it and see what it is actually doing. Telling me the thing is squeeking does nothing for me.

I have also had 2 that I paid for because they responded. One person canceled while the tech was en route after hours to say that they lit the pilot on their water heater and they no longer needed the service. Ok, now I have to pay that tech overtime for going out and wasting their time. The second was a guy that wanted to hire me because I could make it same day, and he said the other person he contacted couldnt make it until the next day. So I pulled a tech at the end of the day to check it out. He was then informed that there was another tech from another company on site checking it out. Then he was told to come to the job, when he was 5 minutes away, it was canceled because the HOMEOWNER decided to do gas piping off of the main meter HIMSELF. Go ahead dude, I hope they find your house in the next county.

The last one is having to pay $50-$70 for a lead who "wants a humidifier installed" for example, and you tell them you need more info to quote the job, you have to check out the system, they respond, you get charged, and then never hear from them. It is crazy to pay that much money to do an estamate that you never get to do!

I just find it frustrating when you schedule, set up everything, pay for a lead who isn't serious or argues about your pricing when you know you are providing a price that is half of what every other area company is charging, or you go through all the motions and multiple company assets are put out to just get a cancelation. It seems like i have to go through 4 or 5 people that I pay for before I can get 1 actual lead that follows through to repair then billing, and you end up making $200 after jumping through hoops for half a day.

Sometimes it claims I was the only pro to respond, and after paying for the lead, never get any kind of response at all. What is that? They put their info out, contacted 3 or 4 pros and I was the only response, then said screw it? I go through at least half a dozen of those before I get 1 of the 4 people who are nuts and wasting your time, to get 1 actual client who you can't charge that much too keep your prices fair. I just have a feeling that if I do not get good word of mouth going from the clients I do get or if I can't cut down on the people who are kind of messing around and don't care what you are actually doing or money you are spending besides paying for a lead, I won't be in business much longer.

Does anyone else deal with this on a constant basis or is there some way to try and cut down on things like that?

@SummitLogistics thanks for taking the time to write this out and share with the Community.

First I want to say that you are 100% correct about the PS4 situation. In a case where the customer incorrectly places a job like that we want to know about it. You can either let our teams know in the site itself or by reaching out through our support channels. If you haven't worked with us on that contact already I ask that you send me a direct message here in the Community and include the customer's name on the contact so I can take a closer look into it with you.

I'm truly sorry to hear about those tough experiences with those customers. I think most pros can agree that they've all had at least that one customer that was a bit more difficult to work with than others and it comes with the territory of providing services to the public. I'm sure that due to your professionalism and excellent service that the overall experiences that you've shared with your customers have been without a hitch and positive.

The main goal is to convert enough contacts into successful hires to make the misses worth it, and there are things that can be done to improve the interest level of the customer. Increasing your profile score and ranking higher in search results have a direct connection to the level of customer interactions. I took a look and your profile is off to an awesome start. The first thing I'd recommend is working to gather more reviews as the average pro in your market are at 16. The good news is that you can have up to 10 reviews from previous customers from outside of Thumbtack. Check out this page to learn more: https://help.thumbtack.com/article/ask-for-reviews.

Give me a 'Kudo' if you find this post helpful or mark 'Best Answer' if it answers your question.
0 Likes
Share
Highlighted

I will say, despite the annoyances and frustrations, the clients that come to fruition have been nothing but a pleasure to deal with, and I know that more than half of them will become repeat customers.

@SummitLogistics that's so great to hear. I'm certain that if you keep at it you'll keep getting better and better results. Keep up the great work!

Give me a 'Kudo' if you find this post helpful or mark 'Best Answer' if it answers your question.
0 Likes
Share
Featured Topics