From Saigon to the American Dream 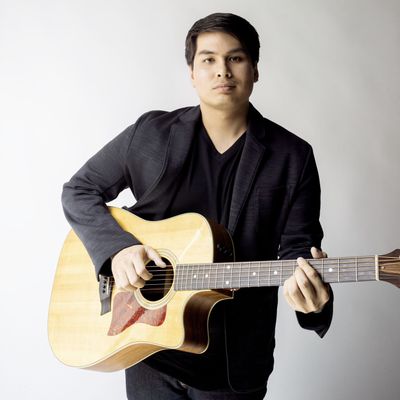 This story will be a little different-- it's about how my father made his exceptional journey from wartorn Vietnam to raise me to become the man that I am.

In many ways, my relationship with my father (as I’m sure with many folks here) is complicated. However, his sacrifices for our family and love for my mother outweighed his flaws by a mile.

His story is an interesting one— his father was a soon to be priest who had an affair with a student, which led to him to leave the seminary. He [my grandfather] later became a translator for south Vietnam in conjunction with the US military. After the war, my grandfather changed his identity and depleted his savings to get my dad out of the country.

Dad’s life was never easy. He tried to escape the country NINE times. He ended up being on a remote island for 3 months off the coast of Malaysia and had no idea where he was going to go. Islamic rule dictated that pork was forbidden to eat, and this man smuggled it for himself and his friends. A soldier caught him in the act and shaved his head as an example.

My dad smuggled pork AGAIN the next week, but I guess the spirit of not giving up really ran in our family haha. Anyways, within 6 months time, he was retrieved by the US navy. During this period, he was making a multi-thousand mile journey hidden inside of a fishing boat. Again, I can’t begin to fathom this. I complain when it’s 95 degrees (35-38C?)

Never once did he complain about these hardships. He talked about these stories in passing. I would have to pry them out because I was so fascinated and admired his resilience. Making it to the US wasn’t the end of his troubles, though.

The KKK (Ku Klux Klan) are historically anti-immigrant and ESPECIALLY towards the Vietnamese that were flooding into the gulf coast. White fishermen feared for their jobs and didn’t want any new competition, so the Klan were ordered to drive the Vietnamese out of Galveston, TX. They even blew up a boat to intimidate them.

I’m sure they (the Vietnamese) were scared on some human level, but my dad told me after seeing the Viet Cong, pirates, and people dying from starvation, the “men dressed up in bedsheets” weren’t exactly at the top of his list. The Vietnamese prevailed and fought back. The Klan left as soon as they came and my dad wears the badge of honor being a victim of two wars against our people.

Throughout all of this, he was out here paving the way for the modern day K-Pop Star. He had fashion sense, confidence, patience, and is one of the most generous people you’ll ever meet. He still thinks fart jokes are REALLY funny and he brags about calling my mother his wife. I think as an Asian American, many of us felt like outsiders, but my father always reminded us to never be ashamed of who we are. My story isn’t as cool— I run a music academy and compose in an indie rock band. I live in a significantly more comfortable life than my dad ever did.

He reminds me, “that’s why I did all of that. So you can be who you were always meant to be.” I'd never be half of the business owner and human being today without the selflessness of my parents. If you've got good ones, then remember to honor them, cherish them, and remind them that you appreciate their presense.

Re: From Saigon to the American Dream

Wow! Such a truly amazing story! Thank you so much for being willing to share this with ALL of us @vaughn.

Re: From Saigon to the American Dream

@vaughn I am so inspired by you and all that you have accomplished. I remember you telling me some of this story while you were taking me on a tour of Houston. These stories truly inspire us to work hard every day, just as your father's story inspires you.

Did you have a chance to meet @DrG at SelfMade last year? She has an incredible story herself. I feel so lucky to work with each of you - you make me a better person!