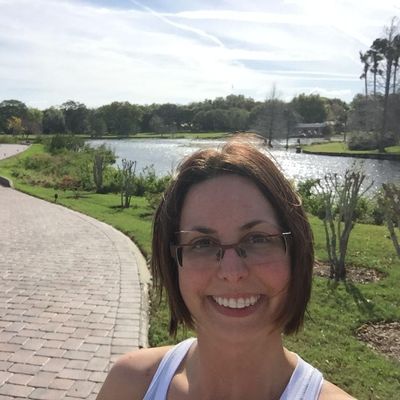 HKelsey
Community Newcomer
Best Answer
I’ve been charged (before & after price Assurance) for leads requesting availability then never responding despite having the availability requested. I contact thumbtack & the last 2 times can’t get an answer on if the charge will be refunded or not. This last time it looks like the lead never even read the reply, yet I was still charged & I thought that was a part of the pros protection under this new policy, so why can’t I get a reply?
3 Likes
Share 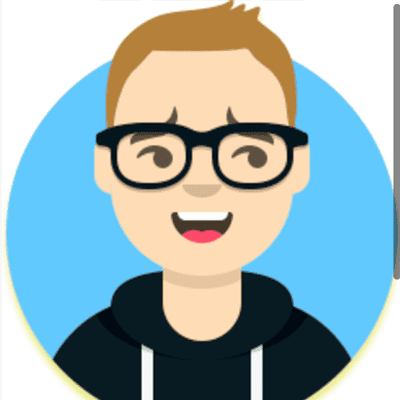 @HKelsey Price Assurance covers any exact matches to your targeting preferences where you respond to the customer within 4 hours of them reaching out and they do not view that message within 48 hours. Here is a link to our Help Center article with the Price Assurance Terms https://help.thumbtack.com/article/price-assurance-terms2. If you are not getting refunded, it must mean that the lead did not fall under our Price Assurance or Refund Policy. 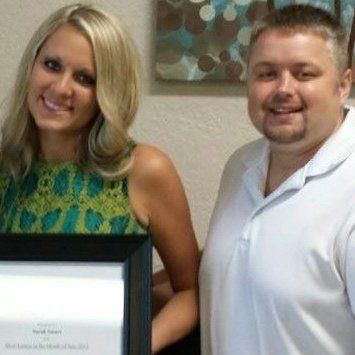 I see a few issues. One is a week or so ago someone reached out to me about pricing and I responded quickly and I did not hear back from them so I followed up with them and they did not respond. My understanding is I was charged for this and I did not see a refund message. She went by the name of Cara A. I don't mind paying for legitimate leads, but I see an issue with paying for something like this. The other issue I see is I have not received 1 legitimate lead since I signed up around 5 months ago. I did everything that was suggested I did the background check, I have pictures up, I got 8 five star reviews, I have a bio, etc. From what I can see 5 people have reached out to me through Thumbtack, but I have not made any money off of any of the leads. I just turned one down today and I do not like turning down business, but it may be too far away and it's not worth the risk to pay for a lead that may be too far away and/or may not be a legitimate lead.

@Matt2 It sounds like you are doing a great job! We know that it can be hard to receive multiple leads that reach out then choose not to respond after looking at your message. Just keep in mind that you can always continue your follow up with that customer. Also, try asking the customer for feedback about why they have not responded. Sometimes they can have vital information that may help you in the future! 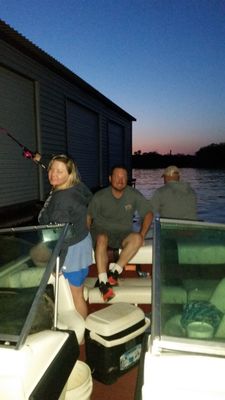 Jermex83
Community Newcomer
Best Answer
Why don't I get a refund, when I reach out to a customer and they respond back and I'm charge. They ask if I'm available and I give them my contact number and try to set up a time and they never respond back. Not fair. Or everything is scheduled and then last .invite customer cancells.
1 Like
Share

@Jermex83 Price Assurance covers any exact matches to your targeting preferences where you respond to the customer within 4 hours of them reaching out and they do not view that message within 48 hours. As a marketing platform, we do not guarantee hires. Here is a link to our Help Center article with the Price Assurance Terms https://help.thumbtack.com/article/price-assurance-terms2. 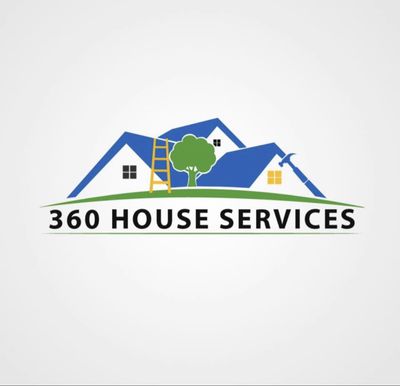 Lbjr1_
Community Newcomer
Best Answer
I was sent a lead and charge for a quote. Never heard back from the client. I need a reimbursement for our business. Thank you
1 Like
Share

@Lbjr1_ @BirchHouse You both had similar points, so let’s go over this together. Price Assurance covers any exact matches to your targeting preferences where you respond to the customer within 4 hours of them reaching out and they do not view that message within 48 hours. We do actually have a way to request refunds right from your profile.  You can take a look at this Help Center article to learn more about requesting refunds straight from your account! https://help.thumbtack.com/article/refunds. 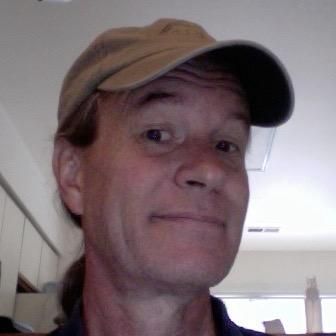 I don't have so much a question - though I will get to those - as a complaint.  Specificaly, I think Price Assurance is a bad idea.  Not only am I confused about it, but so are my customers, discouraging us both from using Thumbtack at all.  Falling under broader terms, I am continually amazed at how the techies - thougj well intended in the search for improvement - nevertheless manage to make things more complicated than they need to be.

The early days of Thumbtack were my favorite.  You simply checked from time-to-time with the list of ongoing projects and chose which were suited to you at the time.  Thumbtack limited bids/takers to 5, which I thought was reasonable and manageable, and was all that was needed to act early enough - for those really wanting the job.  Very helpful was knowing a timeline from the customer.  In just this small thing, now we have to contact the customer more often to find out what their schedule is, and many times we find it is not a fit only after we've paid to talk with them.  You also have to keep in mind that we are noramlly looking ahead of time, in anticipation of current jobs ending.  You are less likely to pin down this "look-ahead" period up front with the current way of doing things.

We're asked about budgets, which we really need no help in; instead, in practice, it comes off as a way of assuring a cashflow to Thumbtack.  Many times I don't even know I am being charged until I look at my bank statements at the end of the month, and find that numerous Thumbtack charges have been made as "subscribed."  Altogther, they add up to needless charges that set me back, and up my operating costs for me and all my customers.  They come as quite a surprise when, as before, we consciously paid, accepting amounts individually as we go.  Sometimes payment terms are presented in the smallest type, too, as if not the most important thing we have to consider to capture a job.

No pun intended, but the term "lead," is misleading.  We are led to believe that we have the job automatically to accept the status and pay a premium.  Despite the volume discount attributed to a higher volume of bidders, it is still not discernable on what basis these leads are  priced, and they seem disporportionate, unknowleadgable, inexperienced.  In addition, I will take a more expensive lead status, and contact the "sure" customer, only to never hear from them.  Money down the drain.

Other contractors I have recomemended Thumbtack to have said similar things, one being a next door neighbhor where we have talked at length.  He complains that we now have to block out on a calender when we are available, and if not, then we get charged for any leads sent to us.  And yet, still, he says he gets charged to abide by this requirement anyway, but I don't have the time nor inclination toward the extra step to block out things.  I have to work and focus on that, not tend to Thumbtack all day.  And I don't much care for the pre-requisite that they now make this as to whether I am a good customer or not; my customers decide that based on my work.  In addtion, many of them have not been able to give me testimonials, because the timing is always such that they are asked for one right after accepting the job, not after the job is done.  I know you have modified this to give some set date in the future, but many times even this has to be left nebulous, because you don't know ahead of time when the job will be completed, likewise as to when it will actually be scheduled as I have already mentioned.

Like this kind of rigid, expectant scheduling, Thumbtack by its' most recent means is also encouraging customers to demand immediate sight-inseen fixed prices at first online contact.  This is very unfair to both my customer and as your client.  The nature of construction is such that there are too many nuances to consider.  Also, the effort to try and break down these to tidy catagories from a adminstrative view is many times (not all) futile also.  It is better left to the mind of the contactor to make these discernments.  I can appreciate from your point of view why the effort is made, and for the matching, but I feel this is a task that will never be satisfactorly sorted, so best to leave it broad, and let he contractor to the probing with client direct.

In light of this, you might consider cheaper prices, and let this as an increased volume model make up the revenues.  We can take it from there, and it surely might mean less headaches for you staff.

There is more I can say, and probably I should stop at telling you how to run your busines, but I hope that is a start.  In construction anway, things are better managed bottom up, rather than top down, from the trenches as a matter of speaking.  I see a vision of Thumbtack that if you want to get more involved, there are other ways to go about it; but, that is for another day to discuss.   I have spoken directly with Thumbtack people and had a customer on out-of-town business happen upon your main offices, and we all agree that you are very good people.  But, there is a tendency to operate in such a way, I don't think consciously, that we work for you and not the other way around.  Thumbtack is a tool only, and best implemented in it's most simple and less obtrusive form, where it takes less of our time, not more, to use it, or be beholden to it.  Simplicity is endearing to people on the go.  Like I said, this is likewise reflected with comments from my customers, the most representative being "that now I have to navigate around a lot to get to know how Thumbtack does things" and then some give up altogether.  Before . . . it was pretty straightforward.

Well, that was more than one complaint, and I never did get around to my questions, but you catch the drift . . . thank you for holding this forum and listening.

Oh, here's a question: exactly how are we as contractors are "protected" to participate in Price Assurance?

It would seem the other way around.  And I have found that many newcomer customers can have unreleastic expectations through this program.