A travel agency's main function is to act as an agent 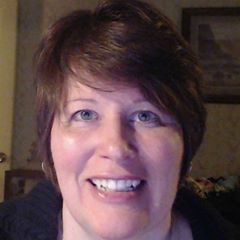 Selling travel products and services on behalf of a supplier. Consequently, unlike other retail businesses, they do not keep a stock in hand, unless they have pre-booked hotel rooms and/or cabins on a cruise ship for a group travel event such as a wedding, honeymoon, or a group event. A package holiday or a ticket is not purchased from a supplier unless a customer requests that purchase. The holiday or ticket is supplied to the agency at a discount. The profit is, therefore, the difference between the advertised price which the customer pays and the discounted price at which it is supplied to the agent. This is known as the commission. In many countries, all individuals or companies that sell tickets are required to be licensed as a travel agent.

In some countries, airlines have stopped giving commissions to travel agencies. Therefore, travel agencies are now forced to charge a percentage premium or a standard flat fee, per sale. However, some companies pay travel agencies a set percentage for selling their product. Major tour companies can afford to do this because if they were to sell a thousand trips at a cheaper rate, they would still come out better than if they sold a hundred trips at a higher rate. This process benefits both parties. It is also cheaper to offer commissions to travel agents rather than engage in advertising and distribution campaigns without using agents.

Other commercial operations are undertaken, especially by the larger chains. These can include the sale of in-house insurance, travel guidebooks, and public transport timetables, car rentals, and the services of an on-site bureau de change dealing in the most popular holiday currencies.

A travel agent is supposed to offer impartial travel advice to the customer, as well as coordinating travel details and assisting the customer in booking travel. However, this function almost disappeared with the mass marker package holiday, and some agency chains seemed to develop a "holiday supermarket" concept, in which customers choose their holiday from brochures on racks and then book it from a counter. Again, a variety of social and economic changes have now contrived to bring this aspect to the fore once more, particularly with the advent of multiple, no-frills, low-cost airlines.

Traditionally, travel agencies' principal source of income was and continues to be, commissions paid for bookings of car rentals, cruise lines, hotels, railways, sightseeing tours, tour operators, etc. A fixed percentage of the main element of the price is paid to the agent as a commission. Commissions may vary depending on the type of product and the supplier. Commissions are not paid on the tax component of the price. Commissions are paid after the client take the trip.  Commissions are the point of the sales price.  Travel agencies also receive a large variety of bonuses, benefits, and other incentives from travel and tourism-related companies as inducements for travel agents to promote their products. The customer is normally not made aware of how much the travel agent is earning in commissions and other benefits. Other sources of income may include the sale of insurance, travel guidebooks, public transport timetables and money exchange.

Since 1995, many airlines around the world and most airlines in the United States now do not pay any commission to travel agencies. In this case, an agency adds a service fee to the net price. Reduced commissions started in 1995 in the United States, with the introduction of a cap of $50 on return trips and $25 on one way. In 1999, European airlines began eliminating or reducing commissions, while Singapore Airlines did so in parts of Asia. In 2002, Delta Air Lines announced a zero-commission base for the U.S. and Canada; after a few months, United Airlines, American Airlines, Continental Airlines, Northwest Airlines, US Airways and American Trans Air all followed suit.

The majority of travel agents have felt the need to protect themselves and their clients against the possibilities of commercial failure, either their own or a supplier's. They will advertise the fact that they are surety bonded, meaning in the case of a failure, the customers are guaranteed either an equivalent holiday to that which they have lost or if they prefer, a refund. Many British and American agencies and tour operators are bonded with the International Air Transport Association (IATA), for those who issue air tickets, Air Travel Organisers' Licensing {ATOL}. for those who order tickets in, and the Association of British Travel Agents {ABTA} or the American Society of Travel Agents {ASTA}, for those who sell package holidays on behalf of a tour company.

Re: A travel agency's main function is to act as an agent

Thanks for sharing your knowledge @Candi! What's one of the best parts about your job? What's your favorite thing about booking trips for customers?