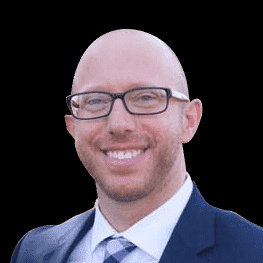 I wanted to write a post about a couple things, but mainly about the issue of ghosting.

I've seen it repeatedly throughout the forum, and frankly, I think it's misguided to blame Thumbtack for it. Unless someone is claiming that TT is literally generating their own leads to make people "feel" like they might have an opportunity (that's a conspiracy theory I simply won't buy into), it is exclusively a customer problem--it can and does happen on every single advertising platform. If you've ever sold anything on OfferUp, for example, you probably know and really nothing can be done about it because it's outside of the platform's control--including TT.

It's important to remember that, as a marketer, you're buying leads--nothing more and nothing less. As any marketer knows, it's more important to focus on the acquisition cost than the lead cost. You'll never bat .1000 if you are marketing properly. Some people just simply have no idea how much your services actually cost, and in order to do that research, they become a lead. Others may just not be ready RIGHT NOW. It's unavoidable.

Now that I've ranted about ghosting, I want to provide TT a few of my opinions on the platform in general:

1) Remove inactive Pros: Pros that don't log in or don't have any activity within a 30-day period should be automatically deactivated. I bring this up because of the ranking system. I tend to think that moving up the ranks should be earned (and it should be made easier to earn it), and having to jump over inactive users is or can be making it harder to do so.

2) Allow Pros More Control Through Information: I think all Pros understand the concept of ranking, profile completeness, responsiveness and others, but we really don't know what we can specifically do. Moderators seem to create a catch-22 on here: "You need more reviews!" Well, we need a lead to be able to get our response times as low as possible, to get hired and to get the extra review. In other words, what comes first--the chicken or the egg?

3) Stop DM'ing on This Forum: I've seen too many occasions where a user makes a great point on here, only to find that a moderator has moved the discussion to DM's. I can certainly understand and agree that personal information of any sort shouldn't be shared on here, but it's a bad look. The forum's integrity relies on the openness of discussion, so if there's an issue, please at the very least update those of us following the post on the issue/resolution.

To go a step further, I think Moderators should be a bit more careful when explaining an issue. Many of the moderators comments can seem patronizing and condescending.

4) Honestly, Stop Developing The Platform Based on Feedback: Yes, that's right. Want to disregard all of the above? I think you SHOULD! To put it plainly, consumers and Pros are on complete opposite sides of the spectrum, and it's TT's purpose to connect the two of us as efficiently as possible. Too much customization/focus for one group hurts the other. TT became a company with a $1B+ valuation because it did something right, and the changes on here are relentless, and not in a good way.

TT knows more about platform building than the vast majority of us. Apple doesn't ask us how we feel about iOS, they just add a feature they believe we'll appreciate, even if it's not right away.

Build what you think is best, and let the market give you the feedback.

We've gone from Instant Match to Promote to Targeting within a very short period of time--why? You're trying to make everyone happy. The changes that are made on the platform are fundamental changes, and it's almost impossible to keep up with it.

I can understand why Instant Match was changed--the customers were inundated with quotes, messages, etc.. I get it, but the whole platform went through a fundamental change because of it. Don't knock the house down at the sight of a termite. Simple is almost always best.

Instead of the massive change, I would have kept the same platform as it used to be, and just allow the consumer to choose the number of quotes they want, and the first Pros to respond are the ones they get. With this, at the very least, the consumer is in control of the volume and the Pros are in control of their own destiny.

I've gone through many of the most recent changes, and started around the beginning of 2017. From my experience, the only Pros that are really benefitting from the Ranking system are those that were successful before it's implentation, simply because they were able to build their entire profile with hires, reviews, etc. while having control. So far, I have yet to see any newer Pro overcome the top 6-8 in my industry in my area.

So, let consumers choose the number of quotes they want to receive (3, 6, 9, 12 for example) and let ANY Pro send the quote so long as they do so in time. Then, let demand dictate the price of the lead (3 quotes to a consumer would make the price higher because there's a better chance of conversion).

In conclusion, there are simply too many industries with their own nuance and it's impossible to make everyone happy. Because of this, one Pro's scheduling problem is another pro's distance problem. Just keep it simple and let people use--or not use--the platform.

Now that I've properly contradicted myself by giving my feedback and saying to ignore it, I say farewell!