Changing of the Gods series 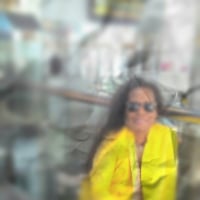 The much vaulted series debut took place yesterday. Apparently the series is based on the book, Cosmos and Psyche by noted author, academician and astrologer, Rick Tarnas. Rick's field is Psychology and he started out researching psychedelics in the 60-70's modeling Timothy Leary's work. He evolved into Astrology when he discovered that it was a better predictor of events. The first part of the interview focused on his backgound and was very arcane. Even as an astrologer, I never use words like psyche, depth psychology, anima mundi...Anyway, you had to persevere to the last part to really get Rick's helpful hints on navigating these times. He suggested finding a good astrologer (yeah!) and finding groups who share the same ideals and goals as you in order to bring about the change the world needs now.